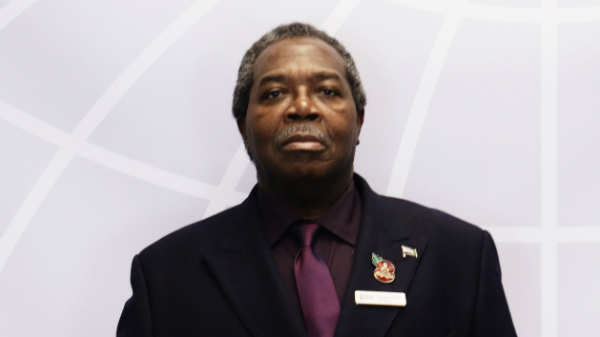 FHT member and expert adviser Herman Fenton has been actively involved in the sports, remedial and complementary therapy industry for the past 23 years. He is a member of the Elite Athletes Club and founder member on the Sports and Remedial Therapies Council (SRTC). He is the owner of Stonehenge Therapies, working in partnership with the British Athletes Commission in support of the Elite Athletes Club. His appointment-only practice has a regular, diverse client base including students, housewives, nurses, farmers, professional and amateur sportspeople, judges, MPs and the armed forces.

Herman has a military background; he joined the army when he was 16-years-old, where he set up a fencing team for his regiment and took part in military competitions. He enrolled on some therapy courses in 1991 while on leave from the army, before accompanying the regiment teams at competitions as their sports therapist. He gained invaluable experience treating soldiers taking part in a wide range of sports, including tug of war, rugby, boxing, judo, squash, polo, orienteering, skiing and athletics.

Three years later, after treating an injured civilian, he was selected as the sports therapist for the British fencing team, joining the team at World Championships in Athens. Working for the military opened up doors for Herman when he left the services in 1995 and set up his own practice. He received bookings from various UK and international sports Teams and individuals, including being medical manager at the WIKF (Wado International Karate-Do Federation) for the last 11 years and their World Championships in 2014.

Other roles for Herman have included working as a sports therapist at a clinic on Harley Street; a part-time sports therapy lecturer at two colleges; and he has also offered one-day workshops to qualified therapists, McTimoney students and chiropractors.

18 Shakespeare Business Centre, Hathaway Close, Eastleigh SO50 4SR | Contact | FHT is a trading name of the Federation of Holistic Therapists who is authorised and regulated by the Financial Conduct Authority (FCA) under firm reference number 502095. You may check this on the Financial Services Register by visiting the FCA's website, https://register.fca.org.uk or by contacting the FCA on 0800 111 6768. | Registered in England and Wales, No. 02864349. Registered office: Chilworth Point, 1 Chilworth Road, Southampton, SO16 7JQ. | © 2021 Federation of Holistic Therapists | Terms and Conditions | Privacy policy | Complaints